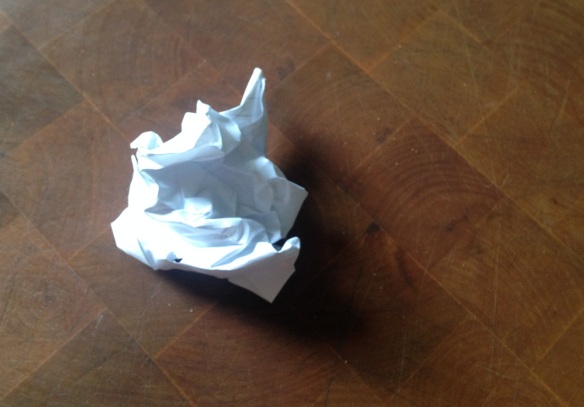 In a world where there’s a push to go paperless, it’s easy to want to get rid of your paper-based system entirely. Going digital keeps things safe and well-preserved, and hopefully makes them easier to archive and access (providing you have a good digital filing system in place!)

As attractive as gaining the extra space might be, there are still some documents that you should keep on hand that I consider part of “The Holy List” a.k.a. “The List of Things Ye Shall Not Purge”. For someone like me who relies on a hybrid paper/digital system, there are certain documents that forever will remain in paper format. But if you’re really desperate to go digital here are some of the things that you should at least consider keeping on hand.

Notice that I didn’t include keepsakes on my list- I leave these up to your individual judgment. What makes a memory meaningful is subjective from one person to the next, and the way a person chooses to keep, store and access their memories is entirely up to them. I don’t believe in holding onto absolutely everything because I have found that I enjoy re-visiting my memories more when I can access them more easily, which for me means confining them to a couple of boxes on my bookshelf. For some people, it might mean scanning everything into a computer. As long as things are organized in a way that feels right to you, and it isn’t jeopardizing the health, safety or well-being of yourself or any others in your environment, go for it! Please just remember to let go of anything unnecessary, meaningless or painful to you now. Your memories deserve better than that!

It can be easy to get caught up in the power of The Purge (I totally identify with it here), and with The Holy List you can’t really go wrong. Trust your instincts. If you won’t use it again, shred it. If it’s something that’s going to come back to bite you in the butt, keep it, or at least make sure you have an additional digital version handy just in case.

Sticking to a strict list of documents that I should keep has definitely made a difference in my life, and subsequently increased the amount of room I had on my bookshelf, so you know what that means. I can’t say for sure whether or not this was my plan all along but my story is that the added space was a surprise, and I’m sticking to it.

Haven’t started a Purge of your own yet? Don’t delay and start your journey here. Looking for other ways to organize your space and make more room on your bookshelf? I yak on about my favorite solutions here. If there’s something that should be on my list that I forgot, call me on it below! I’d love to hear your suggestions. 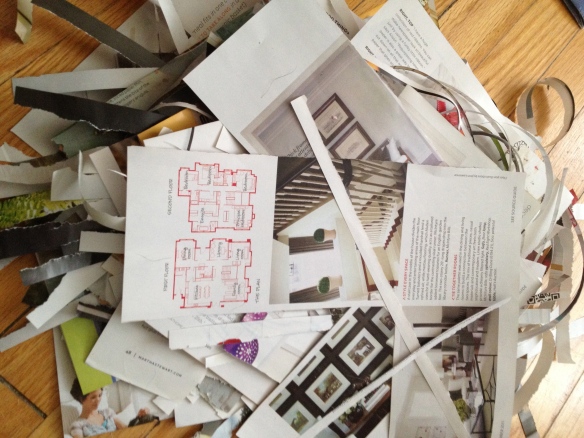 Psst! I’m so happy that this post was re-blogged on Zone Pie Online. For all the readers who’ve discovered my blog from there, welcome! Many thanks to Antonilla Monroe from Zone Pie Online for taking the time to share.

A couple of years back, I went completely insane.

Those of you who know me may debate that this happened some time ago, so let me clarify: I got sick and tired of the way that I organized things. I had just moved into the apartment where I currently live and was feeling pretty proud of myself for doing such a good job downsizing. But despite my efforts I constantly found myself rearranging and reorganizing in an attempt to cut down on the clutter.

One day a neighbor dropped by and saw my apartment for the first time. Gazing around at the massive, overstuffed bookcases that lined the walls he chuckled, “Are you operating a law office out of here or something?”

For the record, I was not but I had to admit that he had a point: my apartment was intimidating (and possibly a fire hazard). I was spending more time refining and micro-managing my system than I did on actual, productive work because of the sheer amount of stuff I had. It was unnecessary and distracting, so something had to be done.

What followed was a period of time in my life that I like to refer to as The Purge, where I made a commitment to myself to delete all of the clutter that was slowly threatening to choke me. Papers, clothes, pots and pans- even furniture and some of my beloved books- nothing was exempt from the process. It took months before I felt like my apartment was coming back together, but the difference it made on my breathing space took effect almost immediately.

Reflecting on the process is easier than it actually was when I was going through it. I had to harden my heart and let go of a lot of things that I had held onto for years because I ultimately decided those things didn’t have a place in my life anymore. Letting go a lot of stuff also meant letting go of an attitude that I had adopted long ago; that somehow owning a lot of things like papers and books was indicative that I was a well-educated, cultured person (whatever that means) and suggested a lifestyle that was rich and abundant.

It’s funny how we get certain ideas into our heads about how we want our lives to look to others. Not keeping every single draft of every little thing I’ve ever written doesn’t change what I do. Not owning a lot of books doesn’t mean that I don’t love to read. (I still own a lot of books.)

I don’t even feel like I’ve lost anything, because what I gained was so much more valuable to me in the long-term- an simpler, more comfortable lifestyle where things are easier to find, my apartment is easier to clean, and I have more room to store the things I treasure  the most and are indicative of the lifestyle I choose for myself instead of hoarding the things that represent what I think my life should be.

If you’re starting to feel like your possessions are owning you, I highly recommend it conducting a Purge of your own, whatever that looks like to you. Even focusing on just one particular area, like an overstuffed filing cabinet or crowded kitchen cupboard, can feel like an entire makeover. It’s not just about the free space and clean look you get once the process is complete; it’s about the peace of mind that comes afterwards and the control it gives you over your own life.

And if we’re going to be really honest here…we all own way too much stuff anyways.

Have you conducted a Purge of your own and felt its power? Tell me all about it by dropping me a line at keepingbusyb@gmail.com or by commenting below. In the mood to start getting organized? I’ve got some suggestions here as to how you can get started. 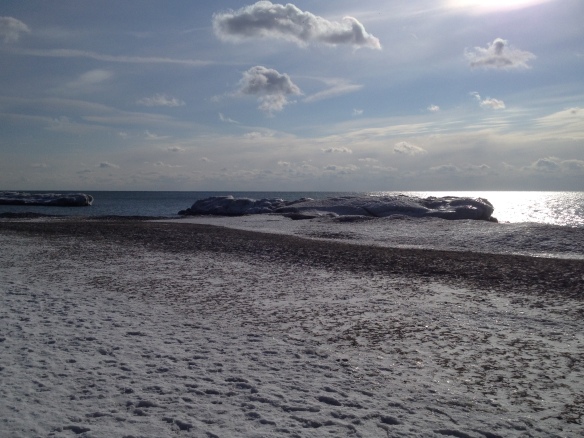 I’ve shared with you some of the ways that I spend my snowy evenings- now I’m interested in hearing how you spend yours! Drop me a line at keepingbusyb@gmail.com or contribute by commenting below. Are you looking for other productive boredom busters? I’ve got plenty of thoughts on organizing here. Looking for something a little more creative? When I’m not busying myself with some project or another I’m reading or whipping up something in the kitchen. Read all about it here and here.

Busy on the Blog